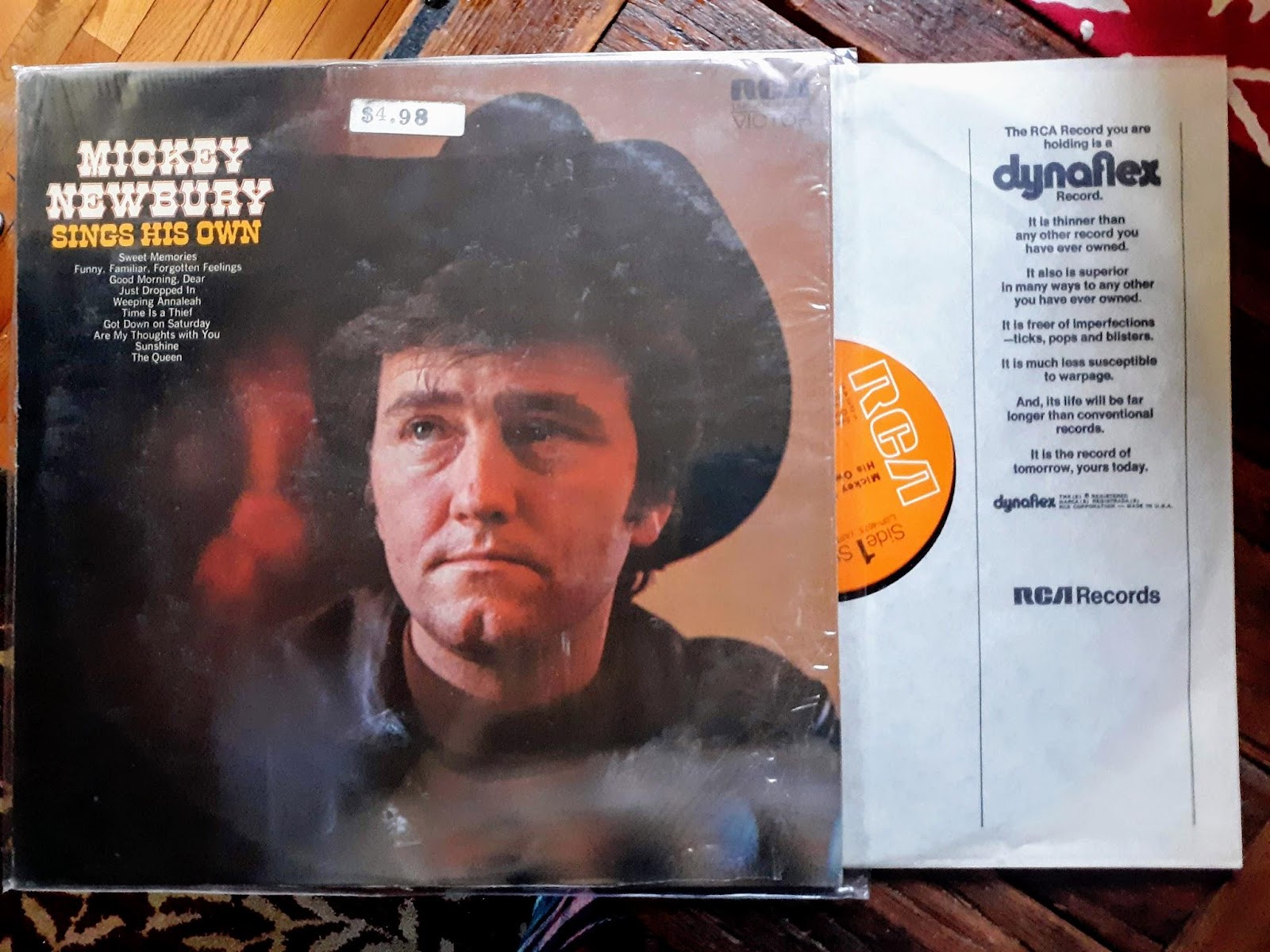 Sometimes songs have their moment, a musician gets their day or we as individuals arrive at a point where we can finally appreciate a particular artist’s music.  My Palentine Hope says we all receive when we’re ready to hear it.  I believe this is true and it speaks to just how multi-dimensional music can be as well as profound.

It might happen globally on occasion, like how the song Season of the Witch fairly recently resonated with large amounts of the general population or at least movie curators.  I must have heard it in the last 4 films I watched. And yes, filmmakers have the ability to really highlight and better songs when showcased in this way, but I had to admit, it packed a punch, made me think twice about my past opinions of ol’ Donovan.  There must be something to timeliness. The song could not gain strength, so we must meet it where it lives somehow. This was the case for me, I believe.

My mate had been pushing Mickey Newbury on me for years, literally decades.  Frisco Mabel Joy was the album.  On first, second and umpteenth listen I just couldn’t get him.  His voice was not appealing and I wasn’t hearing lyrics that moved me in any way.  Frankly, he just sounded like some old guy I wouldn’t like if I met him. However, I must say I’ve always absolutely loved Kenny Rogers and First Edition’s version of his song, Just Dropped In.  Who doesn’t, but for me it began minute one on sixties radio, when I was around 6 or 7.  I vaguely recall making my own impromptu dance routine to that song in my mom and dad’s room that involved a mid-song costume change to high heels.   For reasons unknown, years later I would tend to call people late at night and sing it to them while inebriated. This was pre-Big Lebowski but I may have done it post as well.   I didn’t connect that he was that songwriter and the same guy I’d been shoving away for so long.  And then some years ago I fell deeply, desperately in love with Linda Ronstadt’s Silk Purse album and in particular the song ‘Are My Thoughts With You’.  I wanted to crawl inside that song and sleep in it at night.  Again finding out these were Mickey’s words, clearly the universe was guiding me to this man.

Then finally last year as a gift, I purchased a sealed copy of Mickey Newbury Sings His Own  for my husband, not knowing it’s history.  We played it early one morning with coffee.  I waited for him to gush over it so I could throw on Sturgill Simpson and be done with it.  He was unimpressed. I on the other hand found myself wanting to hear it again after first listen and then again and again, unable to refrain as if reaching for more chips.  I played it while he was gone and even replayed both sides which I rarely do except with my emotional crutches and only during my more fragile states.  But this was for pleasure, I truly love this album and found myself at the wide open door of Mickey Newbury’s music.  With Sweet Memories I often stand up for the refrain like that lady in church, one hand up, head down, sometimes moved to swaying.  I’m not embarrassed to say it has ended with me bawling giant tears.

I read that Mickey was very unhappy with Harlequin Melodies and considered Looks Like Rain to be his real first album.  And several of the songs off the former were simply repackaged for Sings HIs Own.  And now that I’m able to hear his pure voice, I do agree it’s not the best representation of him, but I find the production surprisingly entertaining. I could definitely see his dissatisfaction as he does not need echo or distractions. But then again, like crooked teeth on a unique smile, it’s refreshing sometimes to hear imperfections and I think some of the flowery bits made him more palatable, at least for me, to build up some tolerance to all the manliness.  I could see from his interviews that he may have been a bit of a pistol and these are certainly not outlaw recordings. But I’m so grateful for example in Time is a Thief when he rides that giant vocal wave, what an unexpected swell.  I get goosebumps! But on Got Down on Saturday, which could have been Just Dropped In’s little brother you can hear errors. His voice is golden and should never sound strained like that, plus the very end of the song hits you sideways, seems out of place. For that reason though, I love it!  It makes me nostalgic for the beloved shortcomings of the Seventies.

When he decides to whistle it hits you right in the back of your throat. I’ve never trusted men who could whistle perfectly like that and there seemed to be a lot of them in the 70’s.  He wasn’t at all polished as you can tell by his TV appearances where he throws Kris Kristofferson under the bus, twice. He may have been simply defending his honor but it comes off a little creepy-awkward.  All is forgiven when he slopes down and moans’ hush little baby, don’t you cry’ in his American Trilogy performance, a stark reminder that an artist’s work can elevate beyond their mortal condition.  American Trilogy is his Dolly Parton’s I Will Always Love You after Elvis made it his signature showstopper in concerts. And when I hear the Townes Van Zandt intonations in their co written The Queen you have to wonder who influenced who?  His signature howl in that song is all his own though.

His personal story is another good example of the raw Seventies, when it didn’t always flow well for an ultra talented songwriter, when they didn’t get all the lucky breaks.  When drinking and lack of a proper publicist may have kept them down for years. It is interesting to see how it happened for some but not others out of the same incubation period.  My guess is he was not willing to play the game at all, not even the outlaw cowboy, which is very honorable and probably why he’s respected by so many musicians.

He wraps it up for me on Weeping Annaleah, when he burns;

But when yesterday becomes a memory

A memory that we uncovered in time

If you still remember that cold December

I reigned in your mind

Then you’d be ready for me

This site uses Akismet to reduce spam. Learn how your comment data is processed.